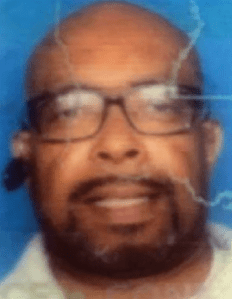 Our much loved son, brother, and nephew Stuart Jackson, 56, of New Llano, La., passed away on Dec. 19, 2022, at Cornerstone Long Term Acute Care Hospital in Lake Charles, La after a struggle with several illnesses.
Graveside services were held at 12 p.m. on Tuesday, Jan. 3, 2023, at the Central Louisiana Veteran Cemetery in Leesville, under the direction of Labby Memorial Funeral Home of Leesville. All were welcome to come and celebrate Stuart’s journey home.
Visitation was Tuesday, Jan. 3, 2023, from 10:30 a.m. – 11:30 a.m. in the funeral home.
Stuart was born on Dec. 23, 1965, in Bluefield, W. Va., to Lucy Jackson and the late William Jackson. He was a proud honorably discharged United States Army Veteran and a graduate of Leesville High School. Stuart was an accomplished Electrician who was employed in various such jobs in the Leesville and DeRidder, La., area, and he also worked a variety of other jobs. He was a charming and friendly individual who loved people and life, always willing to lend a helping hand to others.
Stuart was preceded in death by his father, William D. Jackson.
Those left to treasure his memory include his mother, Lucy Jackson of New Llano, La.; one brother, Adam Jackson (Stephanie) of San Diego, Calif.; two aunts, Omega Jane Louque of Alexandria, La., Christine Nelson (Rodney) of Lebanon, Va.; three uncles, Robert Jackson of DeRidder, La., Taylor Jackson (Donna) of Crumpler, W.Va., Cornelius Jackson of Abilene, Texas; and numerous other nieces, nephews, cousins and friends.
Words of comfort may be expressed to the Jackson Family at www.labbymemorial.com