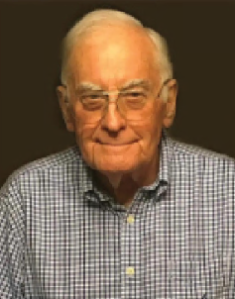 Graveside Services with full military honors will be held on Thursday, Jan. 12, 2023, at 1:30 p.m. at the Central Louisiana Veterans Cemetery, 3348 University Pkwy, Leesville, La., for Lt. Col. Linwood A. Pace Jr., US Army (RET), age 89, who passed away on Thursday, Dec. 29, 2022 at The Vincent Senior Living in Lafayette.
Survivors include his beloved wife of 67 years, Gayle deValcourt Pace; his daughters, Layne Catherine Pace; Lisa Pace Birnbaum and husband Stephen; his grandchildren, Darby Birnbaum Savino and husband Capt. Bill Savino, Donald Birnbaum, and Linwood A. Pace IV; and his favorite canine companion, Grace.
He was preceded in death by son, Linwood A. Pace III; and his parents, Linwood A. Pace Sr. and Ruby Welch Pace.
Linwood was born and raised in Leesville, La. He graduated from Allen Military Academy in Bryan, Texas. He attended Louisiana State University in Baton Rouge, La., and graduated with a BS from University of Omaha. Linwood entered the military in 1954. He was a graduate of U.S. Army Ranger School, Officer Candidate School, was an Armor graduate and Instructor at The Command and General Staff College. Linwood was the recipient of the Legion of Merit award, and the Meritorious Service Medal presented to him by the U.S. Army. He served our country in the Korean War, the Vietnam War, and retired as a Lieutenant Colonel in 1975. After military retirement, Mr. Pace went on to work in the Oil industry, and was also the franchise owner of Paul Davis Systems of Lafayette.
Linwood and his wife Gayle enjoyed working in their garden, traveling, and spending time with family and friends at their beach house in Pensacola Beach, Fla. Linwood liked to brag that he had the longest membership to Red Lerille’s Health Club. Red’s was his favorite place to hang out. His “rings” were a special treat that he gifted to many people around Lafayette. He was known for his sense of humor, his love of animals, his collection of rocks and his military stories. Linwood never met a stranger.
In lieu of flowers, donations can be made in Linwood Anderson Pace Jr.’s honor to the Alzheimer’s Association, and/or Acadiana Animal Aid.
View the obituary and guestbook online at www.mourning.com
Martin & Castille Funeral Home – SOUTHSIDE, 600 E. Farrel Road Lafayette, Louisiana 70508 337-984-2811