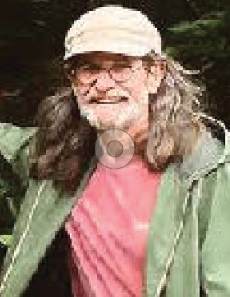 A Graveside Service for Howard Richard “Ricky” Stewart was held at 1 p.m. on Tuesday, Dec. 27, 2022, in Self Cemetery in Hornbeck with The Rev. Joey Remedies officiating under the direction of Jeane’s Funeral Service. Pallbearers were Johnny McGraw, Ryan Alford, Wayne Burns, Bogie Mitchell, Edward Lee Rubar, and James Semon. Honorary pallbearers were Doug Hale, Mike Carpenter, Floyd Parker, and Reed Alford.
A visitation was held at Jeane’s Funeral Service on Tuesday from 10:30 a.m. until 12:30 p.m.
Ricky was born May 16, 1957, in Zwolle, La., and passed away at his home in Hornbeck, La., Dec. 24, 2022, at the age of 65. He was a lifelong resident of the Sabine and Vernon Parish area and enjoyed classic cars, gardening, and looking for antiques. Ricky was a talented carpenter and used this talent to build and do woodworking. Traveling was something he especially looked forward to but spending time with his grandchildren was his favorite pastime. Whether it was fishing or enjoying the outdoors, Ricky made time to be with his family.
Ricky was preceded in death by his parents, Louis Paul Stewart and Eddie Lou Stewart; sister, Alice Janelle Stewart; special cousins, Thurman Stewart and Lynette Kay; and brother-in-law, Mike Smith.
Those left to cherish his memory are his wife of 46 years, Joanna Hale Stewart of Hornbeck; daughters, Candice Joanna Remedies and husband Joey of Florien, La., and Cassie Jai Mitchell and husband Bogie of Pensacola Beach, Fla.; grandchildren, Maverick Mitchell, Zeppelin Mitchell, J Paul Remedies, Azah Remedies, and Ruby Remedies; brothers, Louis Paul Stewart Jr. and wife Sandra of Florien, and William Eddie Stewart and wife Debbie of Hornbeck; sister, Jackie McDaniel of Hornbeck; mother and father-in-law, Douglas and Arlie Hale; and a host of nieces, nephews, extended family members, and friends.