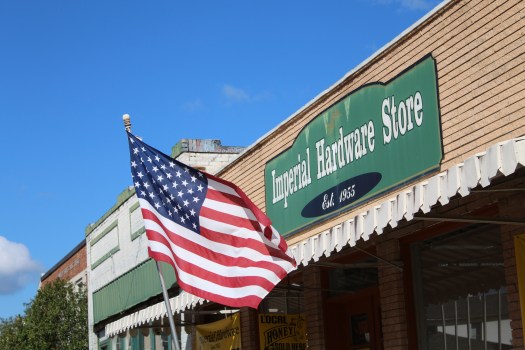 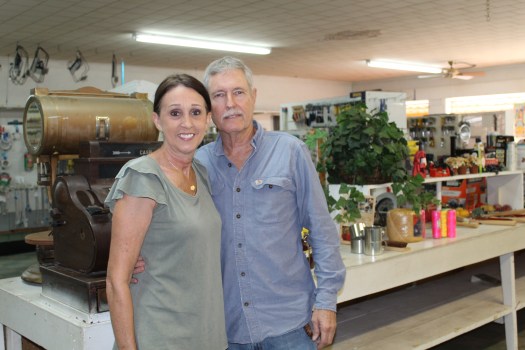 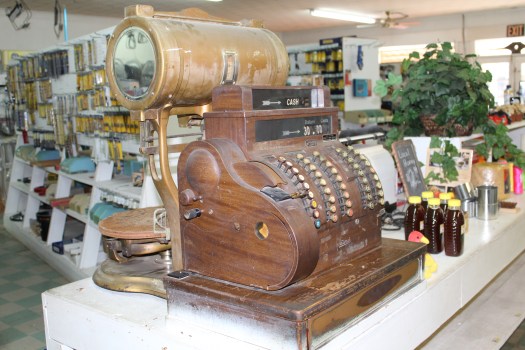 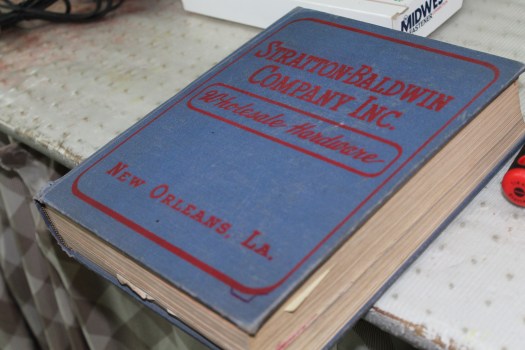 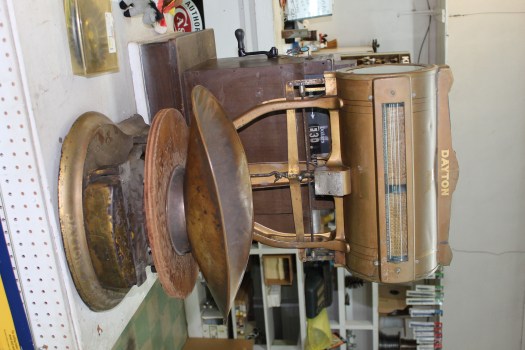 If you’re going to a hardware store first thing on a Saturday morning — or any other morning for that matter — usually, something is wrong.

No hot water, a stove that won’t light, or worse — a toilet that won’t flush…

These are the things that cause us to fret, but for 46 years, Mike Horton has built his livelihood on helping people solve life’s little aggravations.

From Imperial Hardware Store, his storefront on Leesville’s Third Street, Mike has learned a thing or two about life.

“It’s really about people,” he said.

This month, he’ll shut the doors. It’s not for lack of business.

Mike has spent a lifetime there.

“I grew up in the business,” he said.

As a child, it was his playground. Uncles Roy Clark and Carnie Burns bought the business in the early 1950s from a “Mr. Talbot.” As early as the 1930s, it operated in a location on North Third Street.

Clark later bought out Burns’ share and became the sole owner. He built the current place in 1955.

“My earliest memory was riding a John Deere tractor, it was a pedal tractor — and playing in the nail kegs,” Mike said. “The nails would come in a wooden keg. When the keg was empty, I’d get in it and play.”

Mike worked at the store now and again as a youth. He recalls a bustling Third Street.

“Third Street back in the ‘60s was boom time. You couldn’t walk down the street on Saturday there were so many people. This was the main part — they didn’t have the Lowe’s and Wal-Mart. It was all right here on Third Street,” he said.

A favorite memory — and a luxury — was a Shipley’s Donuts next door.

Mike pointed out a stretch of worn tile on the floor. For years, each week, six to 10 salespeople would stand in that area, peddling their special products, tools and wares.

“People like Stratton-Baldwin,” he said. “The Curtis key man would come once a month.”

After Mike married his wife Loretta in 1976, he returned to the store — and stayed.

“I was working at Brown & Root in Houston, Texas, and Loretta liked it better here than she did in Texas,” he explained.

Mike worked with his uncle Roy until his death in 1996, and then took over managing the business. Loretta learned the hardware business, too, and has spent over 25 years there.

True customer service is scarce these days. Together, the Hortons made an art of it.

“Some customers don’t know how to hook something up. We can show them exactly what they need before they ever leave so they won’t have to pay for a service call,” Mike said.

Mike will continue his longtime water well work — another business he grew up in. There is no set “last day,” yet it will be in December.

Mike said it has been touching to see some longtime customers get emotional about the store closing.

“I guess it’s because I’ve seen three generations here myself,” he said.

Ask him what he’ll miss the most. There’s no hesitation.

“The people,” he said. “I’ve met so many good people. I can’t stress it enough how good the people were from Vernon, Beauregard, Sabine, Rapides … East Texas.”

And does he regret those 46 years?

“No regrets,” he said. “I wouldn’t change anything.”