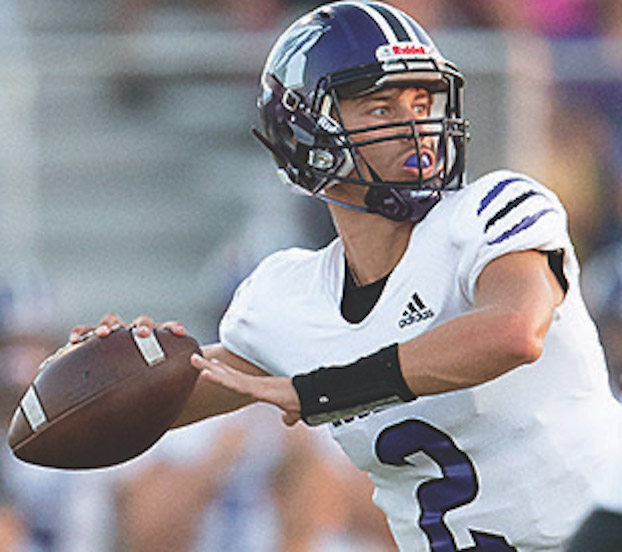 Playing in the quarterfinals for the first time in program history last season, the Rosepine Eagles got caught up in the pageantry that is the Many Tigers and all that surrounds one of the most powerful Class 2A programs in the state.

This time, the Eagles (10-2) get a do-over and host a quarterfinal game for the first time and a repeat matchup Friday with a No. 1 Many (10-0) in the non-select Division III playoffs. Many won 50-12 last year.

“Last year, I think it had something to do with our slow start,” Rosepine head coach Brad Ducote said. “We were kind of star-struck with the fireworks show, the motorcycles and everything else.

“Being at home, maybe they will be a little more low-key and not star-struck by the situation and game. I don’t think this group will be like that having been there last year. We are just super excited to have this game and have it at home. It has been interesting. The kids are excited about it. We have had two good practices so far. We are just excited for the opportunity.”

While Rosepine is in the quarterfinals for the second time in program history, Many has gone as far as the semifinals seven of the last eight years with state titles in 2020 and 2014 and runner-up finishes in 2021, 2019 and 2013.

“We just have to play pretty much mistake-free football,” Ducote said. “If we do that, it will give us a chance to beat them. They are very talented. They have been a staple in 2A for years. We have our work cut out for us, but we are looking forward to the challenge.”

The biggest task will be for the Eagles to break through a Tigers defense that hasn’t given up any points in four consecutive games led by Southern California-bound linebacker Tacket Curtis, who also plays quarterback.

“He is good at both,” Ducote said of Curtis. “You have to account for him on both sides of the football. I would say it would be the linebacker side of him that is a little more concerning. He is great at both, but he is a true defender.”

“We just have to keep the chains moving,” Ducote said. “We have to try to establish some kind of running game early and take what they give us. We can’t try to get too greedy with them because they will burn you. That is pretty much what we are going to try to do.”

The Tigers have a powerful run game led by a trio of backs — Jeremiah James, Jamarlyn Garner and Sylvonte Aldredge — who have combined for 2,100 yards and 33 touchdowns. Many averages 42.8 points a game.

“Obviously our plan is to try to contain their running game somewhat,” Ducote said. “They are pretty big up front and they do a good job of executing their blocking scheme. They are just good at what they do.

“We have to find a way up front and with our backers to slow that up and make them earn their scores unlike last year in the first quarter. That is the main thing as far as defense.”