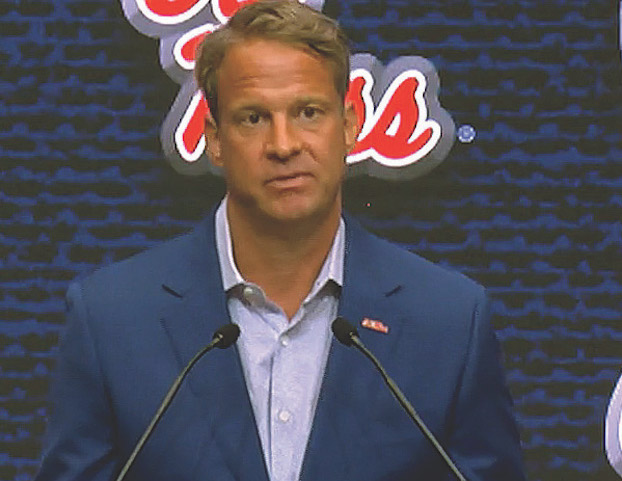 Every week there are those football mind games, some even evolving into cerebral chess matches.

And then there’s matching wits and dueling your X’s and O’s with Ole Miss coach Lane Kiffin.

“There’s always an answer (from Kiffin) to what you do in a game,” LSU head coach Brian Kelly.

Kelly already has had a lot of new challenges in his first go-round in the Southeastern Conference.

A lot of uncharted waters.

But he knows exactly what he’s getting into Saturday when he’ll stare across to Tiger Stadium’s opposite sideline wondering what Kiffin’s diabolical offensive mind will come up with next.

The two met three times when Kelly was at Notre Dame and Kiffin was at Southern Cal from 2010-2013.

Kelly won two of the three before Kiffin was famously fired by the Trojans in midseason of 2013 before playing the Irish.

But they were all an adventure, Kelly remembers, always a challenge trying to stay one step ahead of Kiffin’s next creations.

“They have always been cutting edge,” Kelly said. “He is certainly a creative coach offensively.”

Kiffin, in his third year at Ole Miss, has mostly outgrown his Little Lord Lane Kiffin days from when he was at Tennessee, where he was somewhat the smart-aleck brat of the SEC and a constant pain in late Commissioner Mike Slive’s petunia.

But only to a degree.

There’s still enough of an edge there to be bit of a maverick, at least in strait-laced coaching circles. His signature move is power-tossing his clipboard in the air when his handiwork hits the jackpot.

It’s not the usual offensive wunderkind wildly throwing it all over the lot.

But don’t hold Kiffin to that stat. He’d just as soon drop 400 in the air on you, and has the quarterback to do it with dual-threat Jaxon Dart.

“He could drop back 50 times a game if they wanted to,” Kelly said of Dart. “He has a wonderful arm.”

It kind of depends on how you defend Kiffin and he’s nothing if not unpredictable, Kelly said.

“They scout you out,” he said. “You better know your own self-scouting and where your tendencies are … because he’s going to dial in on it (and) if there’s one thing you do defensively, he is going to analyze that and have an answer for it.”

The Kiffin adjustments hardly stop once the game starts.

Last week, Kelly said, Auburn was geared up to stop the passing game that Ole Miss had used effectively the previous week.

“They were a little soft on the running game,” Kelly said of Auburn.

“You don’t get to just keep running the same plays and they work for very long in my opinion,” Kiffin said of the Auburn game. “People coach. They gear up to stop certain plays once you run them. It’s not like we were just running normal inside zone and making all those yards. There were a lot of schematical runs and crack-blocking and things.”

Layman’s terms: Kiffin is among the best at detecting in-game tendencies and taking what a defense gives him.

“If you spread yourself thin (anywhere), he strikes at the heart of your defense,” Kelly said.

So, Kelly said, LSU will have to play the guessing game, too, constantly changing and disguising their defensive tactics as the game goes on, trying to stay one step ahead.