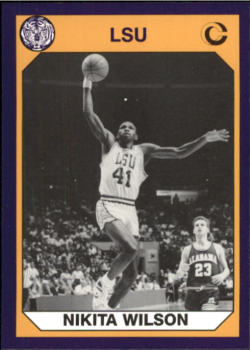 Nikita Wilson was a four-year letterman at LSU, scoring more than 1,300 points in his career, earning All-Freshman honors in the SEC and leading his team to the Elite 8 in 1987. 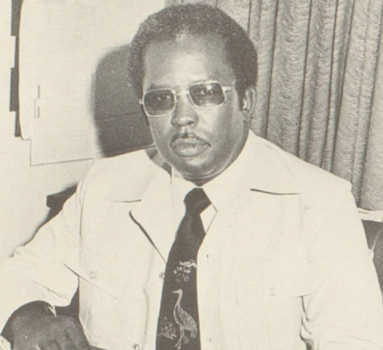 In 1972, Foster Thomas was named the assistant principal at Leesville High School, a position he held for 11 years. 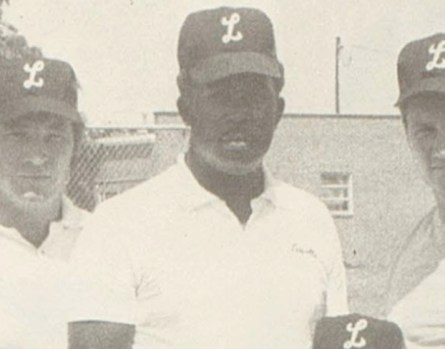 The late Foster Thomas was the first African-American coach at Leesville High School. 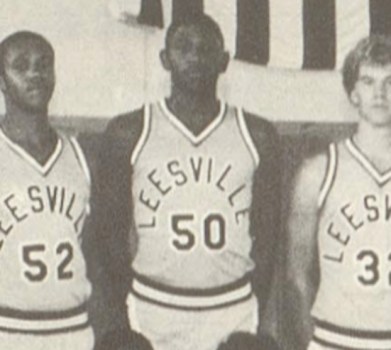 Special to the Leesville Leader

The Leesville High School Alumni Association is proud to announce the 2022 inductees into the LHS Sports Hall of Fame —Nikita Wilson and Foster Thomas.

Wilson and Thomas will be formally inducted Friday, Sept. 23, during the Leesville High School homecoming game.

Wilson is a 1983 graduate of LHS. He was a record-setting and highly successful basketball star at Leesville and is the only Wampus Cat to have his jersey retired at LHS.

Wilson was a two-time First Team All-District selection at LHS and a First Team All-State player in his senior year. He played for Coach Michael Mallet in his years at Leesville. Wilson was named a Parade All-American, making him the first Wampus Cat to receive the accolade. He led the Cats to back-to- back district titles and playoff appearances and a 26-0 regular season record in 1982. After his senior year, Wilson was named “Mr.

Basketball” after his MVP performance at the LHSAA All Star Game. He was heavily recruited out of high school and the LHS gym was a constant parade of coaches from around the nation who tried to lure him to their teams. Basketball powerhouses like Louisville, Marquette and UCLA offered the talented Cat chances to play, but he chose to stay at home and play for LSU’s legendary coach, Dale Brown.

Wilson would be a four-year letterman at LSU, scoring over 1,300 points in his career, earning All-Freshman honors in the SEC and leading his team to the Elite 8 in 1987. He averaged 13, 10 and 15 points per game in his sophomore, junior and senior years at LSU. After college, Wilson was drafted by the Portland Trailblazers in the NBA, making him the first Wampus Cat to be drafted into the National Basketball Association. Wilson would enjoy a nine-year professional career, playing in the NBA and the CBA as well as in Europe.

Wilson joins other basketball greats Richard Reese, Grant Westerchil and Demond Mallet in the Hall of

Thomas enters the Hall posthumously, as he was lost from this world in 2021. “Coach” Thomas was a linchpin professional educator who touched many lives in his decades of service in Vernon Parish. At the head coach of the Vernon High School, he led his Mighty Lions to three State Football Championships — in 1963, 1967 and 1968. His career coaching record at Vernon was 61-19-1 as his teams dominated play in Southwest Louisiana and at times, state-wide. In the three state championship games, the Lions scored 117 points total, and did not surrender a single score. In the Fall of 1969, Vernon High and Leesville High were merged into one school, and Vernon was closed as a high school. Coach Thomas came to Leesville High and was immediately put on the staff coaching football and track and field, making him the first African-American coach at LHS.

In 1972, Thomas was named the assistant principal at LHS, where he served for the next 11 years. He was a highly effective and highly respected professional educator and administrator and led the school and the community through the tumultuous period of integration. His impact as an education leader cannot be understated, as Leesville was named one of the top 100 schools in the nation in 1983. In 1984, Thomas was promoted to duties at the Parish School Board Office where he served in a number of senior posts until his retirement in 1991.

Coach and his wife, Pat, also a career educator, relocated to the Dallas area in 1998, where they lived until his passing in 2021. He was a member of Pleasant Hill Baptist Church in Leesville, later an active member and spiritual father at Beth-Eden Hills Missionary Church in Fort Worth and was a dedicated and devout follower of the Lord Jesus Christ his entire life. He was a proud veteran of the US Army and held degrees from Grambling State University and McNeese State University.