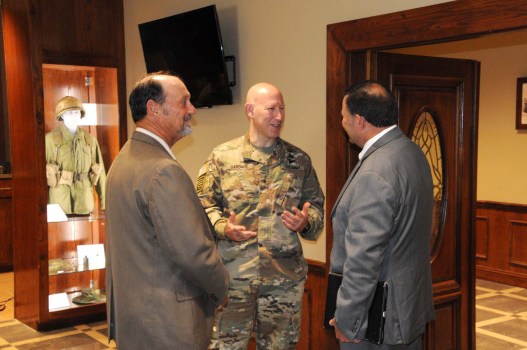 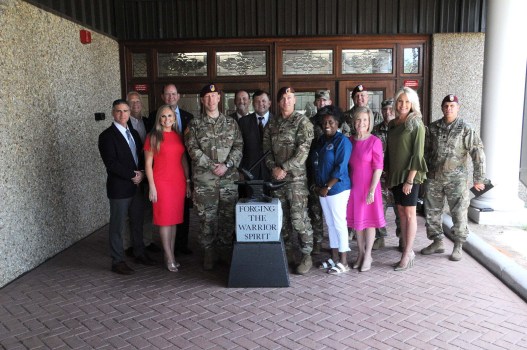 Fort Polk command, along with state and local leaders, met at the Fort Polk Warrior Center Aug. 17 to discuss a wide range of topics from the importance of caring for Soldiers and Families to an update on the naming commission timeline for Fort Polk. 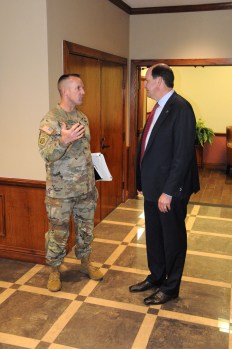 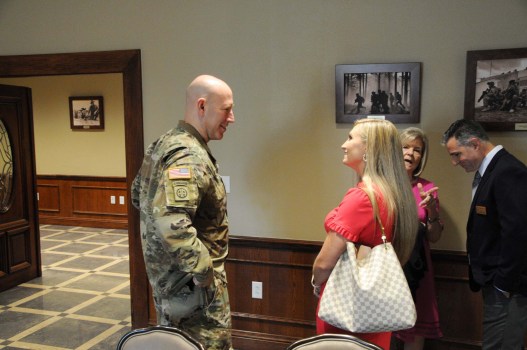 Gardner shared his priorities with the civic leaders, including the importance of caring for Soldiers and their Families, building readiness and success in the JRTC and Fort Polk campaign plans.

“We are in a unique situation at Fort Polk in that even though we are small, we have everything a much larger base has,” Gardner said. “But it’s not just about what we have; at Fort Polk you’re not just a name or a number. You’re part of the Fort Polk Family.”

He shared how Fort Polk units were aligned with area parishes to provide support. They included:

Gardner also gave an update on the Naming Commission and provided a timeline for the expected renaming of the post, no later than Jan. 1, 2024.

Reese thanked Gardner for spreading the “positive” things about Fort Polk with the rest of the Army during Winning the Fight for Talent visits with other installations.

“We’re open to recommendations and suggestions to improve things for Soldiers,” Reese said.

“Entrance Road has never looked like it was headed to the Home of Heroes,” Allen said. “We’re going to change that.”