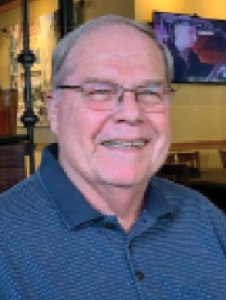 The earthly journey of Leonard F. Endris ended on Sunday, Aug. 21. A service to honor his life will be held at the First Baptist Church, 1400 Nolan Trace, Leesville, La., on Wednesday, Aug. 24 at 11 a.m. Visitation will be held from 5 – 8 p.m. on Tuesday, Aug. 23, at Labby Memorial Funeral Home, 601 S. Fourth Street, Leesville, La.
The services will be officiated by Dr. Matthew Endris, assisted by Bro. Darin Worthington and Deacon Bill Endris. Burial will follow at Old Anacoco Baptist Church Cemetery.
Leonard was born in Pana, Ill., on July 22, 1947 to Marcellus (Puddy) and Juanita Bertin Endris. He was educated in both parochial and township schools in Pana, and was graduated from Pana High School in 1965.
He enlisted in the United States Air Force and served for four years. He served in Texas, New Mexico, Colorado, Norway, and Thailand. During his deployment in Thailand, he was assigned to the 56th Special Operations Wing.
After a year of distinguished service at Nakhon Phanom AFB, Leonard was awarded the Air Force Commendation Medal and was named the First Term Airman of the Year for NKP in the Pacific Air Command. He finished his service at Barksdale AFB in Bossier City as a Staff Sergeant.
Leonard enrolled at Northwestern State University in September 1970. He received a Bachelor of Science in Wildlife Management in 1973 and a Master of Science in Zoology in 1974. He served for 28 years on the Alumni Board of Directors and was named as Board Member Emeritus in 2019. He was a loyal Demon football fan and supported athletics through attendance and donations. Since 1980 he faithfully occupied Section F, Row Q, Seat 17 of Turpin Stadium. Tickets for this season were purchased!
He married Robbie Williamson Endris (“Rinkie”) on Aug. 11, 1972, and they celebrated their 50th wedding anniversary on Aug. 11, 2022. They had two sons, Matthew and Paul.
Serving as a Deacon at Trinity Heights Baptist Church was a great honor for Leonard. After moving to Leesville he was honored to serve as a Deacon at First Baptist Church for one year before illness prevented further service.
Leonard worked for the Natural Resources Conservation Service of the US Department of Agriculture. He enjoyed his career working with landowners and local governments to preserve our natural resources and to improve habitat for wildlife.
He was preceded by his parents and two siblings and their spouses, Richard Eugene and Mary Ann Endris of Virden, Ill., and Dolores (Endris) and Donald Hill of Effingham, Ill.
Leonard is survived by his wife Robbie Endris; two sons and daughters-in-law, Matthew and Jana DeBusk Endris and Paul and Jamie Evans Endris. He had seven grandchildren: Claire, Paris, Levi, Champ, Olivia, Silas, and Judson. He is also survived by his brother and sister-in-law, Harold and Marilyn Endris of Pana, Ill., along with a large number of cousins, nieces, and nephews.
The family wishes to thank caregivers including Petra Michaloski of Companion Care and the staffs of Hospice of Leesville, Vernon Home Health Care, and Byrd Regional Hospital. Special appreciation is given to Dr. Gerald Calegan of Baton Rouge and Dr. Guru Ghanta, Dr. Jose’ Mathew, and NP Amanda Brown of Leesville.
In lieu of flowers, contributions may be made to First Baptist Church of Leesville, the NSU Foundation for the “Leonard F. Endris Memorial Scholarship,” 535 University Parkway, Natchitoches, LA 71497, or to the Gideons International.
Words of comfort may be expressed to the Endris Family at www.labbymemorial.com