Eagles looking to build off success in Cenla Jamboree 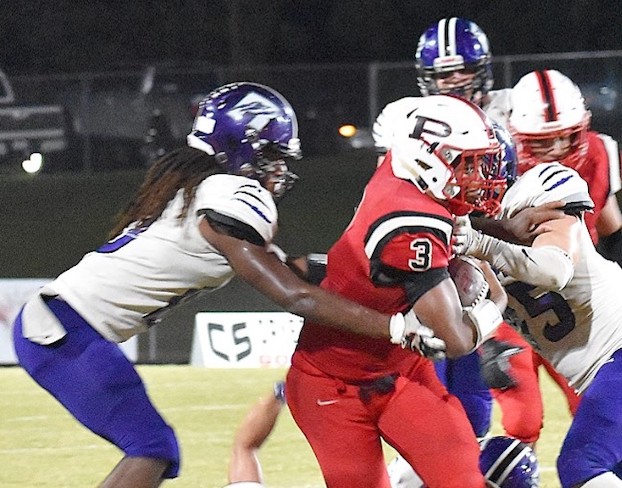 Last weekend, the Rosepine Eagles journeyed to Bolton to take on the Bears in a controlled scrimmage.

Head coach Brad Ducote came out of that scrimmage relatively pleased with his squad and is hoping for more improvement as they will face both Glenbrook and Ferriday at Holy Savior Menard Stadium on Friday in the Cenla Jamboree.

The Eagles will face Glenbrook, who is guided by former Leesville and Many head coach David Feaster, at 5:30 p.m., before playing again at 7:30 p.m. against Ferriday.

In the scrimmage with Bolton, Ducote was pleased with the play of the offense, particularly the offensive line.

“I thought our kids looked pretty sharp, with the exception of about five dropped passes,” Ducote said. “I thought our offensive line made tremendous strides and we ran the ball very well.”

New quarterback Jake Smith saw his first live action against another team for the first time since last season and had a solid scrimmage.

“Jake threw the ball really well and made the correct reads,” Ducote said. “The only thing is we dropped way too many passes. That is something we have to clean up.”

Defensively, Ducote was impressed with how his players flowed to the ball.

“Our defensive line played well and MIchael Woods and Aiden Cline really flew to the ball,” Ducote said. “The kids were just excited to compete.”

Ducote and the Eagles will see two differing styles of play as Feaster-coached Glenbrook will run many different sets on offense, while Ferriday usually features a wide-open attack with athletes all over the field.

The Eagles will open the regular season with back-to-back games at home, taking on East Beauregard on Friday, Sept. 2, and South Beauregard the following Friday.