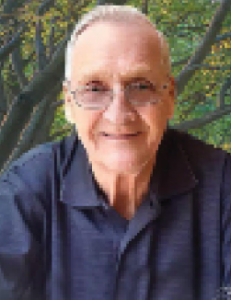 Stanley “Charlie” Ernest Brown went to be with the Lord on Tuesday, June 28, 2022, in Leesville, La., at the age of 86.
He was born on May 3, 1936, to Margaret and Monroe Brown in Lake of the Woods County, Graceton, Minn.
He married the love of his life, Dorothy Lee Hall Brown, on Dec. 21, 1963, and they had one child, Jeffrey Randall Brown.
He enlisted in the Army as an engineer in 1958 and retired after more than 20 years of combined military service with the army and the national guard. He proudly served in the Vietnam War, Korean War, and then later in Desert Storm. His decorations include Army Service Ribbon, Army Lepel Button, National Defense Service Medal, Vietnam Service Medal, Vietnam Campaign Medal, Good Conduct Medal, Army Reserve Component Achievement Medal, Louisiana General Excellence Ribbon, Louisiana ARNG Recruiting Ribbon and Armed Forces Reserve Medal. He then went on to work for the United States Postal Service. He retired after 16 years of loyal and dedicated service. He was deeply involved in the Employer Support of the Guard and Reserve (ESGR) program with the National Guard and then worked with CUBIC for Role Play training with our active military.
He had a love for going to church and was the usher and offering attendant for East Leesville Baptist Church for many years. He had a great affection for anything outdoors, especially fishing on Lake Vernon and hunting. He enjoyed cooking for himself and his friends. He certainly had a sweet tooth. He also enjoyed collecting coins. Charlie Brown never met a stranger. He is loved by so many people, and he took great pride in being the person that brought joy to so many. With retirement, most of his days were spent running errand for Farm Equipment in Leesville and he enjoyed the morning coffee session with his great friends.
Charlie is survived by his son, Jeffrey Brown; brother, Marty Brown; four grandchildren, Courtney McConnell, Christopher Brown, Carson Brown, and Jackson Brown; and five great-grandchildren.
He was preceded in death by his wife of 48 years, Dorothy Lee Hall Brown; parents, Margaret and Monroe Brown; and nine brothers and sisters.
There will never be another Charlie Brown and he will be missed by so many.
The family received friends for visitation on Thursday, June 30, at East Leesville Baptist Church from 5 to 7 p.m. Funeral services with military honors were held at 10 a.m. on Friday, July 1, 2022, at East Leesville Baptist Church with The Rev. Tommy Kiker officiating. Burial followed in Forest Lawn Cemetery under the direction of Jeane’s Funeral Service. Pallbearers were Bruce Cryer, Bruce Stanley, Darin Stanley, Steve Woods, Willie Deon, and Jesse Welch.