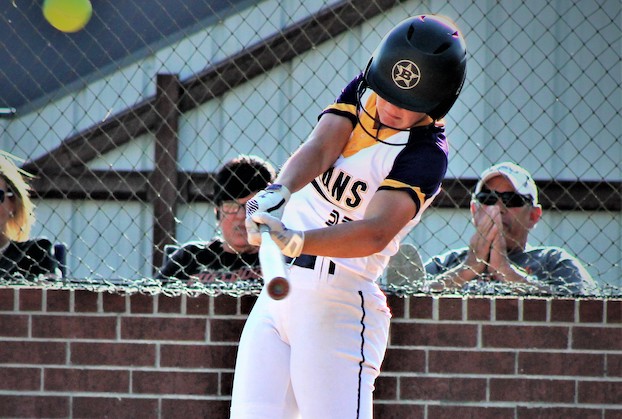 ANACOCO — As a freshman, Anacoco pitcher Bailey Davis and her Lady Indian teammates made an improbable run to the state championship game in Class B, falling to the Holden Lady Rockets.

One year later, Davis and the Lady Indians ran it back, reaching the Class B state title game one more time, only to be denied the state title.

But one thing was different this season and that’s the fact that Davis was named the Vernon Parish Most Valuable Player, as selected by the staff of BWS Sports.

Davis once again put up phenomenal numbers. Offensively, she belted eight home runs and drove in over 40 RBIs, while also being the ace in the circle for a Lady Indian squad which won 26 games on the season.

But she wasn’t the only Vernon Parish athlete to win special recognition as the Rosepine duo of Sienna Stinley and Jenna Marler picked up honors, as did Pitkin’s Mya Odom and Evans sophomore Sadie Jeane.

Hornbeck boss Tonya Rhodes won her first Coach of the Year honor as she guided the Lady Hornets to the brink of the Class C state title game, falling in extra innings to runner-up Harrisonburg.

Davis was joined on the team by three of her Lady Indian teammates, including baby sister, Ava Davis. Brooklyn Bryant and Hannah Jackson were the other Anacoco selections on the team.

Abby Nicholas, Hannah Mitchell and Hannah Dahlhoff joined their coach as members of the all-parish squad, while Stinley and Marler were joined on the team by Rosepine mates Barbra Ann White, Shelby Deason and Aaliyah Marrero.

Along with Jeane, Evans was represented on the team by Riley Haus and Alexis Jeter, while Odom welcomed Pitkin teammate Abby Robinson to the squad.

Rounding out the remainder of the all-parish team were the Hicks duo of Jayde Wilbanks and Jozlyn Westfall, Leesville senior Amaya Thomas and Simpson’s Lexie Merriman.