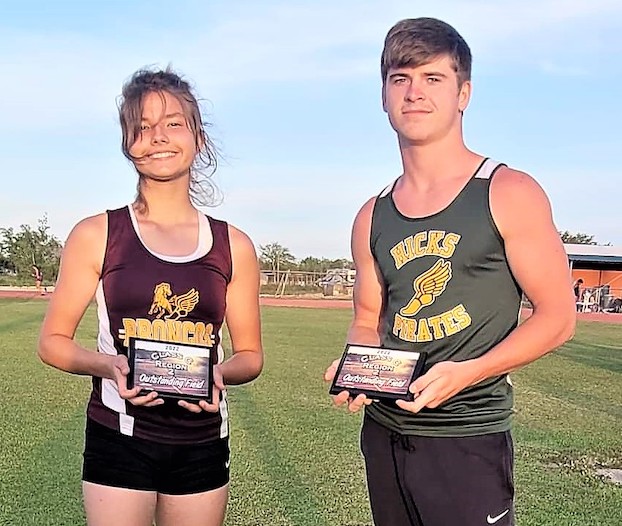 Clutter won first place in both the high jump and long jump, took second place in the 200-meter dash and was third overall in the 100-meter dash, qualifying for the Class C state meet at LSU in all four events.