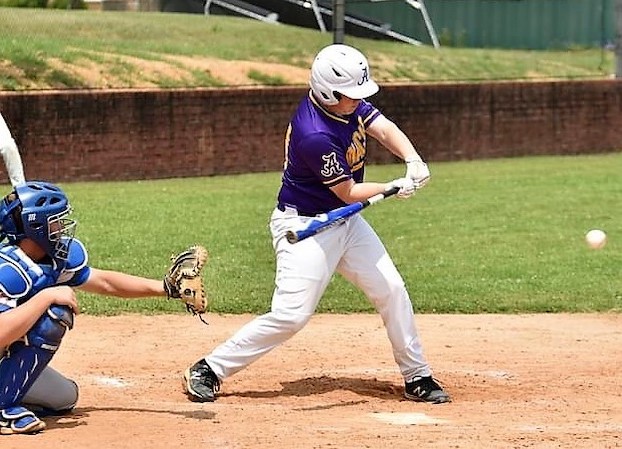 Anacoco senior Trey Lewing, seen here collecting one of his two hits in a win over Pitkin, worked two perfect innings against top-ranked Rosepine. (Special to the Leesville Leader)

ANACOCO — By virtue of winning two of their final three games, with the only loss to Class 2A’s top-ranked Rosepine Eagles, the Anacoco Indians were able to improve their stock ever so slightly, heading into the Class B playoffs.

The Indians knocked off the Pitkin Tigers on Thursday, 9-6, before falling to Rosepine, 15-1, on Friday. Anacoco rebounded on Saturday with a big 6-3 win over the Simpson Broncos.

Against Pitkin, the Tigers jumped out to a 3-0 lead, only to see Anacoco rally for four runs to take the lead. Pitkin tied the game in the third, but the Indians responded with two run in the bottom of the frame and another in the fourth to open up a 7-4 advantage. Anacoco held on the rest of the way to secure the district win.

Chase Taylor earned the win pitching, while Kyle Scott garnered the save. Taylor also had a double and an RBI, while Caleb Taylor finished with two hits and two runs scored. Senior Trey Lewing added a pair of hits. Scott and Dylan Fitzgerald also doubled and scored.

Evan Purtiman suffered the loss pitching for the Tigers, while Brock Nolen had a hit and two runs scored.

In a 15-1 loss at the hands of Rosepine, Lewing suffered the loss pitching. He worked two perfect innings to open the contest, only to be shelled for six runs on five hits in the third. Scott had two hits and an RBI in the game for the Indians.

Layne Willis pitched four innings for the win for the Eagles, while Ethan Frey had a homer, a double and three RBIs. Grant Ducote had three hits and two RBIs, while Jake Smith, Braden Trull, Hunter Hines and Aden Cline each added two hits.

In their 6-3 win over Simpson, Fitzgerald was the winning pitcher, while Scott earned the save. Fitzgerald had a double and four RBIs in the contest, while Kaleb Goodwin had a pair of hits.

Ethan Nash suffered the loss pitching for Simpson. He also had one of the Broncos’ two hits, the other going to Tristin Williams. 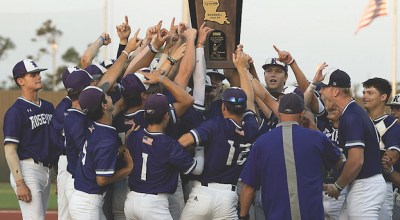 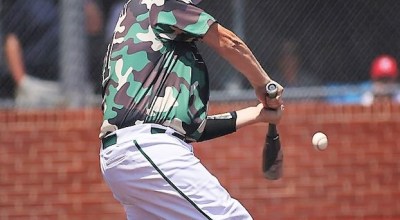