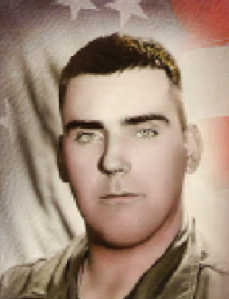 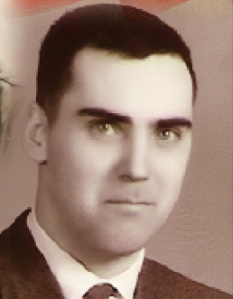 A celebration of life service will be held for John Edwin Clady Sr. at 9:30 a.m. on Monday, March 28, 2022, at Jeane’s Funeral Service in Leesville with Chaplain Alan Simmons officiating. Burial will follow with full military honors at the Central Louisiana Veterans Cemetery. Visitation will be held on Sunday, March 27, 2022, from 6-8 p.m. at Jeane’s Funeral Service.
John was born July 21, 1940, in Bucyrus, Ohio and passed away March 25, 2022, in Leesville, La., at the age of 81. He was fully retired from the U.S. Army after proudly serving his country for over 20 years. During his military service, he spent two tours in Vietnam, two tours in Korea, and a tour in Okinawa. John proudly served the Leesville community after he retired from the Army serving as a Sheriff’s Deputy for the Vernon Parish Sheriff’s Office for 16 years. He loved being outdoors hunting, fishing, and as a dedicated youth baseball umpire. He loved his family and his community – embracing Leesville and the many facets of small-town living. He loved his wife, Bobbie, with whom he was married to for 59 years and his twin boys John and Tom who both served as career military officers.
John was preceded in death by his parents, Carl Clady and Jennie Gilmore; brothers, Robert and William.
Those left to cherish his memory are his wife, Bobbie Clady of Leesville, La.; son, John Clady II of Scottsdale, Ariz.; and Tom Clady of Harker Heights, Texas; grandchildren, Jake Clady, Mark Clady, Kate Clady, Paul Clady, and Kristen Clady; and other extended family members in Chicago, IL, San Antonio, Texas, and Upper Sandusky, Ohio.