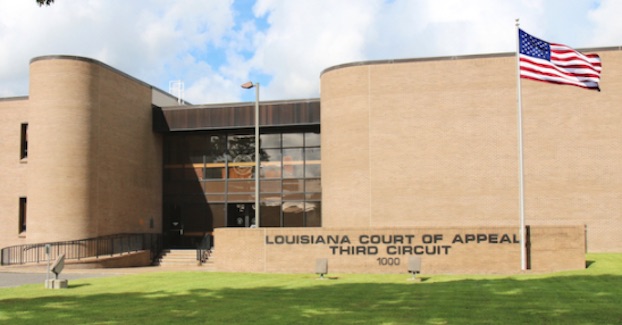 The 3rd Circuit Court of Appeal serves 21 parishes in Southwest and central Louisiana.

A Vernon Parish man convicted of attempting to recruit an underage girl into prostitution had his conviction upheld recently by the Third Circuit Court of Appeals.

Jerry Lee Eaves, 41, was found guilty by a unanimous jury in Oct. 2021 for pandering, as defined by Louisiana statutes as enticing or encouraging a person to enter into prostitution. Jurors deliberated for 15 minutes before returning their verdict.

In July, Eaves filed an appeal with the Third Circuit claiming there was insufficient evidence at his trial to support his conviction.

According to court records, in addition to testimony from the victim and investigators the evidence presented during the trail included multiple text messages between Eaves and the victim, who was under the age of 18 at the time. The messages contained graphic language as Eaves suggested the victim engage in sexual activities in exchange for money.

In its opinion dated Nov. 16, the appellate court said when reviewing the evidence in the light most favorable for the prosecution, the evidence clearly supported the trial’s outcome.

Eaves is currently serving a 50 year sentence for his conviction.

“Jerry Eaves is an individual that has a long history of criminal activity. It was time to deal with this defendant as he has had many opportunities to reform his life but, has chosen not to. He chose to continue to violate the law and commit this despicable crime of pandering. I am very pleased with the Court of Appeal upholding the defendant’s 50 year habitual offender sentence. Jerry Eaves is the definition of a habitual offender and received a just sentence. The people of Vernon Parish and this state should not have to tolerate this defendant’s behavior,” Lambright said.