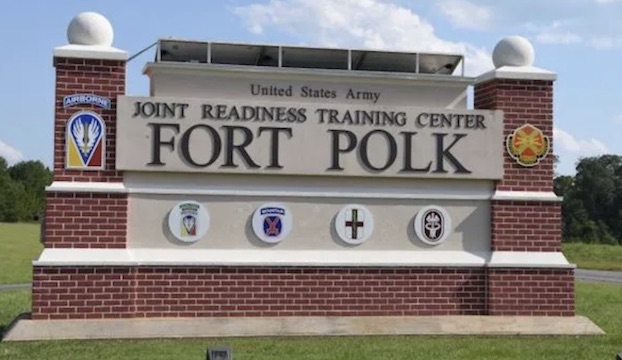 A soldier stationed at Fort Polk filed a lawsuit this week against the Biden Administration over its COVID-19 vaccination mandate for members of the U.S. Army.

Master Sgt. Robert W. Galey Jr. is seeking an injunction against the administration for denying his religious exemption from receiving the vaccine.

Galey has served in the Army for 16 years as an active-duty infantry soldier and has deployed eight times to combat zones in Iraq and Afghanistan.

According to a release from the Pelican Institute, which assisted Galey in the filing of his suit, Galey found that the vaccine he would be required to take was tested and produced in a way that violated his profession of faith and he requested a religious exemption. That first request was denied, as was his appeal. Galey then received a letter that he would be separated from the Army.

According to the Pelican Institute, Galey was denied training opportunities and promotions for his refusal to take the vaccine on religious grounds, and his separation from the Army will result in the loss of retirement benefits to include pension and medical care for his family.

“Courts across America have continually ruled against the administration over this mandate, choosing to protect the religious liberty of Sailors, Airmen and Marines who have made religious accommodation requests. The Army should be no different,” Sarah Harbison, General Counsel at the Pelican Institute, stated.

The legislation was introduced following pressure from Republican leaders including House Republican Conference Vice Chairman Mike Johnson (LA-04) to repeal the mandate after questioning its effect on military readiness.

A letter signed by 47 Republican members of Congress, including Johnson, was submitted to Defense Secretary Lloyd Austin in September after it was released the Pentagon failed to meet recruiting goals while alleging nearly 8 percent of the U.S. Army’s population faces expulsion for not receiving the Covid-19 vaccine.

While the passage of the NDAA might prevent future expulsions for soldiers who refuse the vaccine, Galey claims his unit says they intend to move forward with his separation.

“I am grateful that Congress has recognized the harm that the Covid-19 vaccine mandate is having on the Army, but the NDAA changes won’t make me whole. I have missed out on training opportunities, been removed from leadership and had my orders to an important follow-on assignment deleted, all for simply expressing my faith,” Galey said.