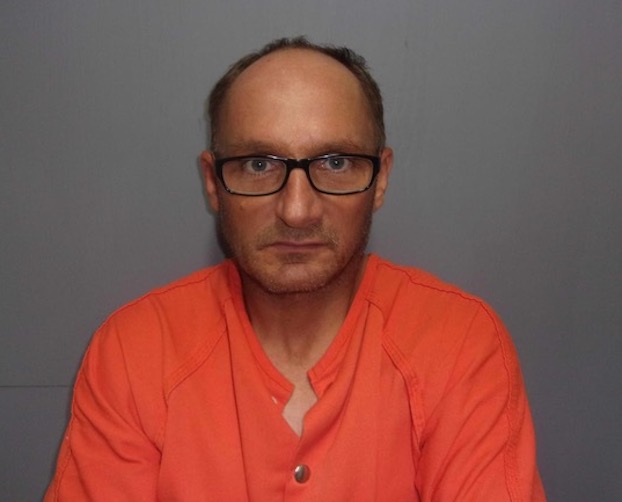 A Vernon Parish man was arrested by Fort Polk Military Police after crashing his vehicle on the installation in an attempt to flee from local law enforcement.

Bobby Ray Stolzle faces charges of operating a vehicle while intoxicated, reckless operation of a vehicle and aggravated flight from an officer, in addition to numerous traffic violations, in relation to the chase that began Friday evening in Leesville.

Sheriff Sam Craft said the incident began when a VPSO deputy observed a vehicle traveling recklessly at a high rate of speed on La. 10. The deputy activated lights and sirens, but the driver, later identified as Stolzle, refused to stop.

As the vehicle turned north onto U.S. 171, additional VPSO deputies, officers with the Leesville Police Department and the New Llano Police Department, and Louisiana State Police joined in the pursuit.

At that same time, Craft said Stolzle made “several” calls to 911 to report that “a deputy was chasing him, but he didn’t believe that deputy was ‘really a cop’ ”.

Authorities told the American Press that when Stolzle placed those 911 calls, there were about six police units pursuing him.

The pursuit continued onto Entrance Road and into residential areas before Stolzle drove into oncoming traffic to pass through the main entrance point to Fort Polk without stopping.

Military Police immediately joined in the pursuit and took Stolzle into custody when he wrecked his vehicle and attempted to flee the crash site on foot.

Craft said the investigation into the chase revealed that Stolzle’s vehicle had been involved in an incident in Pitkin just before his pursuit began.

According to Craft, a witness at a residence on Webster Maricle Road reported Stolzle’s vehicle left the nearby roadway and sped through her yard, striking several road signs and breaking off a passenger side mirror in the process.

Craft said the resident reported suffering an injury to her leg as she was forced to jump out of the way of Stolzle’s vehicle to avoid being hit herself.

Stolzle is no stranger to law enforcement. He was granted early release from the Louisiana Department of Corrections in 2018 under the then newly passed Justice Reinvestment Act by Louisiana Legislature.