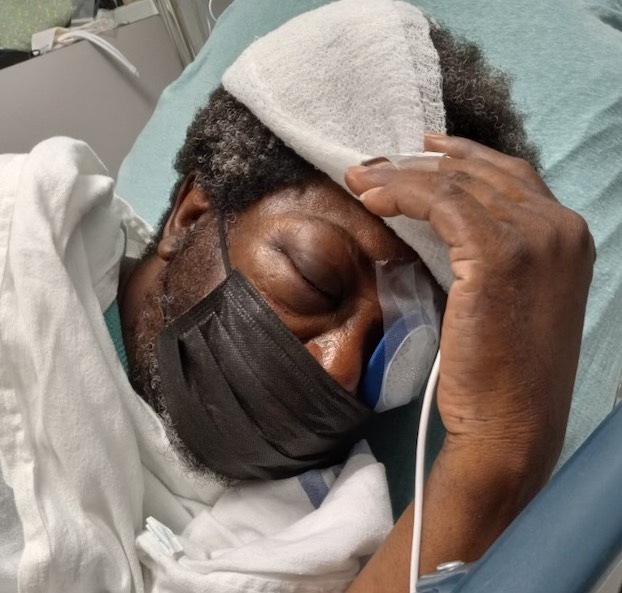 A second man was convicted last week for his role in the December 2021 attack of an American Press newspaper carrier as he was delivering papers in Rosepine.

Blanks was walking back to his vehicle after hand-delivering a newspaper to the door of a longtime customer, James’ grandfather, on Catfish Hut Road the early morning of Dec. 17 when James and his brother, Douglas Paul James, stopped Blanks and began their onslaught.

Blanks’ injuries were so severe that after being transported to a medical center in Shreveport, doctors were forced to partially remove the pupil from his left eye. His right eye was also badly damaged.

The case was prosecuted by Assistant District Attorney Ronald Seastrunk, and District Attorney Terry Lambright told the American Press he appreciated the jury considering all the evidence in the case to reach the appropriate verdict.

“My office will continue to protect the people of our community and seek justice for those that are victims of crimes,” Lambright said.

James’ conviction follows his brother’s on Aug. 31. On Oct. 5, the older James received the maximum possible sentence of eight years in prison, with one suspended. He was also ordered to serve three years of probation and pay a $2,000 fine once his prison term ends.

Dillon James’ sentencing has been set for Nov. 22.

Blanks is now being represented by civil rights attorney Daryl K. Washington of Dallas, Texas, who said he believes the second guilty verdict “sends out a strong message” to the public.

“Each morning Mr. Blanks looks in the mirror he is reminded that he will never have vision out of one of his eyes. What happened was senseless and very hateful. The second conviction sends out a strong message that the citizens of Vernon Parish will not tolerate any wrongdoings being committed against anyone, no matter who the person committing the crime is,” Washington said.

Blanks was in the courtroom with three of his daughters on Thursday to hear the jury’s verdict, and he said he was “extremely grateful” for the jury’s decision. He added he refuses to allow what happened to him that day to change the person he is.

“Mr. Blanks truly enjoyed serving the people of his community and it continues to haunt him that he can no longer deliver newspapers to his many loyal customers because of the actions of four individuals,” Washington said.

Though Dillon and Douglas James are the only two individuals to be arrested or charged for the attack, Blanks insists more people were involved in his attack that day.

His attorney said they are continuing their own investigation in order to bring all others involved to justice.

“Although two men have been convicted for the brutal attack of Mr. Blanks, he will not rest well until all involved are held fully accountable,” Washington said.