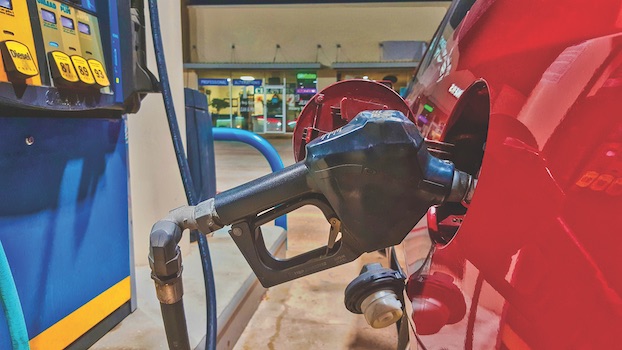 By Casey Harper | The Center Square

Gas prices are on the rise again just as the Strategic Petroleum Reserve hits a low point that many say is a problem.

Gas prices hit record highs in the middle of June, surpassing a national average of $5 per gallon before starting a steady downward trend for several consecutive weeks.

That streak ended last week, though, when gas prices began to tick back up. The current national average price for a gallon of regular gasoline is $3.77, up from $3.68 a week ago.

The Biden administration also touted the lower gas prices last Tuesday, but the very next day data showed they had begun to rise again.

“Folks, gas prices are now back to levels they were at in early March,” Biden wrote on Twitter. “That means nearly all of the increases since the beginning of Russia’s war in Ukraine have been wiped out.”

At the same time, the Strategic Petroleum Reserve is at the lowest level in nearly four decades.

Last week, the Office of the Strategic Petroleum Reserve announced the sale of another 10 million barrels of oil, bringing their total to 165 of the 180 million barrels Biden authorized for release. Biden has touted the lower prices and the relief they’ve brought to Americans as prices have dropped.

Lawmakers, though, blasted Biden for using the petroleum reserves so extensively for short-term relief, saying he put the U.S. in a difficult position without addressing the root causes by encouraging more domestic oil production.

“The Biden Administration can’t continue to tap the Strategic Petroleum Reserve and simultaneously say we don’t have an energy crisis or a need to increase domestic energy production,” said U.S. Rep. Garret Graves, R-La. “Their self-imposed mistakes are weakening our energy security.”

Other critics pointed out an emergency could stress the already weakened reserves and put the reserves dangerously low.

“Less than two years into his term, [Biden] has released more oil from the nation’s Strategic Petroleum Reserve than all previous presidents combined, causing our supply to fall to a historic low,” U.S. Rep. Michael Burgess, R-Texas, said. “This is a national security threat, and it is unacceptable.”

The lower reserve level also spurred questions about whether hurricane Ian, expected to potentially hit the site of several petroleum storage sites, will affect the availability of reserves especially if another emergency arises.

“I don’t have any concerns at this point that we’re going to have the ability to handle the fuel needs that we’re going to need in Florida,” FEMA Administrator Deanne Criswell said at a White House press briefing in response to those concerns. “We will continue to assess after the storm passes to see what the impacts are. We’ll make sure that we’re putting measures in place to support … any gaps that we might identify.”

The higher gas prices come just ahead of the midterms and could have a major impact on lawmakers seeking reelection. Gas prices had become a political cudgel used against Democrats, especially alongside soaring inflation, but the drop of those prices in recent weeks largely disarmed Republicans.

If gas prices continue to rise through election day, Republicans will have another weapon in their arsenal to use against the Biden administration and Democratic candidates.

“If you’re wondering why the Biden admin won’t be talking about gas prices today, it’s because they’ve now risen for the 6th day in a row after being artificially lowered by releasing our Strategic Petroleum Reserve,” said Jennifer-Ruth Green, a Republican running for Congress in Indiana.