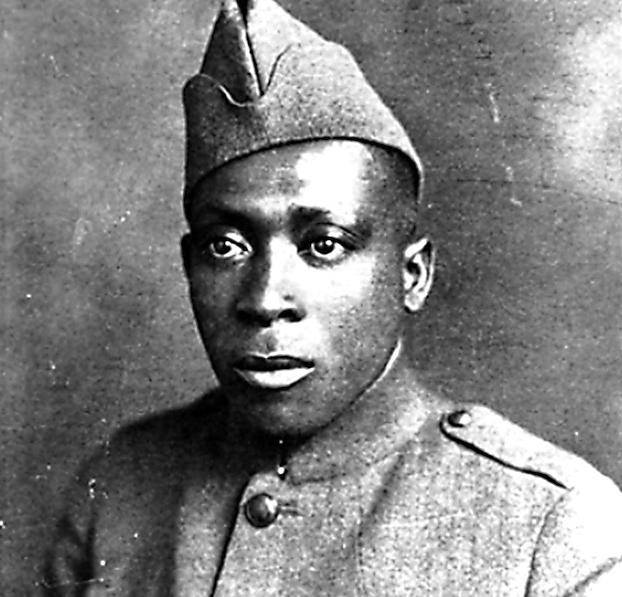 The Naming Commission has recommended Fort Polk be renamed Fort Johnson in honor of William Henry Johnson, a black Medal of Honor recipient who served in the Army during World War I. (Special to the Leesville Leader)

U.S. Government officials believe the process to remove and replace Fort Polk’s name across the installation and surrounding areas could cost $1.4 million, according to the Naming Commission’s final report.

The Naming Commission released its final report on recommended new Army base names to Congress on Monday, which included a cost estimate for each installation and a 17-page list of assets at each installation that will need to be replaced.

That list includes everything from signage to 300 recycling bins at Fort Bragg in North Carolina, to a sign over a softball field at Fort Hood, Texas.

At Fort Polk, the Commission included a lengthy list of signs along state highways and at the Toledo Bend recreational center, as well as the removal of two paintings of Leonidas Polk inside the installation’s museum and a display regarding the naming of Fort Polk.

The total cost for all renaming efforts is estimated to be $21 million.

The organization serves to raise awareness of the positive impacts the Vernon Parish installation has on local communities, and lobby for funding and better opportunities for the military families who live there. With the news of Fort Polk’s impending name change, the organization made the move to change its name to the Louisiana Armed Forces Alliance (LAFA) and to focus on military units across the state.

“We used the opportunity to branch out to a state-wide effort, and we are excited about not only protecting the military assets across the state but seeing them flourish,” Allen stated.

The Naming Commission has recommended Fort Polk be renamed Fort Johnson in honor of William Henry Johnson, a black Medal of Honor recipient who served in the Army during World War I.

The new names are expected to be implemented no later than Jan. 2024.