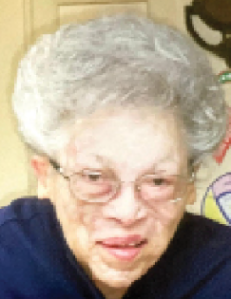 Eldora “Joyce” Miller, 83, Phoenix, Ariz., was called home by her Lord and Savior Jesus Christ on April 15, 2022. Cremation has taken place. Joyce was interred at the National Memorial Cemetery of Arizona in Phoenix.
Eldora “Joyce” Miller was born June 4, 1938, in Bismarck, N.D. She was the daughter of Lillian (Engel) Zumbaum and Benjamin “Ben” Zumbaum. Joyce was the oldest of five children and grew up on the farm five miles southeast of Denhoff, N.D. She graduated from Denhoff High School in June 1956.
On Dec. 29, 1957, Joyce married Milo A. Miller at the Nazarene Church in Denhoff. To this union was born two sons. Clayton C. Miller born Nov. 13, 1958, at Waynesboro, Pa. and Clifford D. Miller born May 9, 1961, at Landstuhl Army Base, Germany. Joyce and Milo were married for 53 years.
Milo was full time in the army as well as a Vietnam Veteran, so Joyce spent 22 years being an “army wife” and traveled and lived in many places in the United States and Germany. After Milo retired from the army in 1971, Joyce and Milo lived in New Llano, La. for 38 years.
During this time Joyce attended Sabine Valley Vocational Technical School, in Many, La., and graduated June 1, 1973, with a certificate in Accounting and Business Machines. Joyce worked in retail for 17 years and then worked for the American Greetings Card Company for 18 years with seven of those years being at Walmart. Joyce retired from American Greetings on October 8, 2005.
Joyce and Milo loved to travel, and they visited all 50 states. They also traveled to Germany, Israel, Switzerland, Mexico, Australia, New Zealand, and Amsterdam. One of Joyce’s hobbies was researching family genealogy. She traveled to Russia with her aunt, Lorraine Werner, to study the family genealogy.
Faith was important to Joyce. She was a member of the First Baptist Church of Leesville. She held several positions there through the years: Secretary, 4th grade teacher, WMU president, secretary/treasurer, program chair, pray gram program, and Tapestry Ladies Group. Joyce was also involved with the First Church of East Leesville and was Home Makers President and Council Secretary and WMU Secretary/Treasurer.
Joyce and Milo wanted to get away from Louisiana hurricanes so on June 1, 2009, they moved to the Baptist Village Northeast in Phoenix, Ariz.
Joyce’s goals were to be better at painting and drawing, learning more from the Bible, keeping in contact with the families in her life, and to read and travel.
Survivors are sister and brother in-law Kathleen (Myron) Mindt, of Goodrich, N.D.; sister in-law, Cindy Zumbaum of Minot, N.D.; and nieces and nephews.
Joyce was preceded in death by her husband, Milo; son, Clifford; son, Clayton; brother, Jack Zumbaum; brother, Richard “Rick” Zumbaum; and sister, Carol Zumbaum.