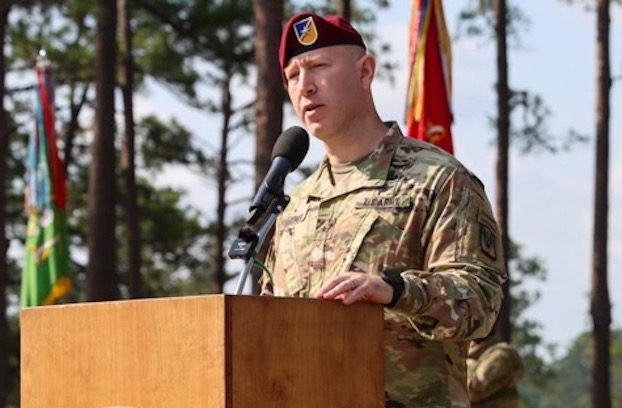 Brigadier Gen. David W. Gardner is the new commander of Fort Polk and its Joint Readiness Training Center. (Special to the Leesville Leader)

The Change of Command ceremony was held at Fort Polk’s Warrior Field and included the “passing of the colors” to symbolize the passing of the responsibilities and authority over the military installation from Doyle to Gardner.

During his first remarks as the installation’s commander, Gardner acknowledged the high reputation the Vernon Parish installation’s soldiers have earned.

“As a former COG, I have had the opportunity to speak to many leaders and soldiers who have trained here in ‘the box’. Their successes in combat and contingency around the world are directly related to the training and preparation they have received here. Fort Polk’s home station units have also earned a great reputation for being combat ready, extremely capable, and dedicated. Our Fort Polk garrison, you are the foundation of that readiness; your stellar reputation for leading so many agencies dedicated to this installation is well earned and demonstrated by the plethora of quality of life ribbon cuttings I have seen you do over the past 12 months. I look forward to working with the great soldiers and civilians of Fort Polk that I have admired for so many years,” Gardner said.

Outgoing commander Doyle’s next assignment will be serving as chief of staff of the United States Central Command at MacDill Air Force Base in Florida.