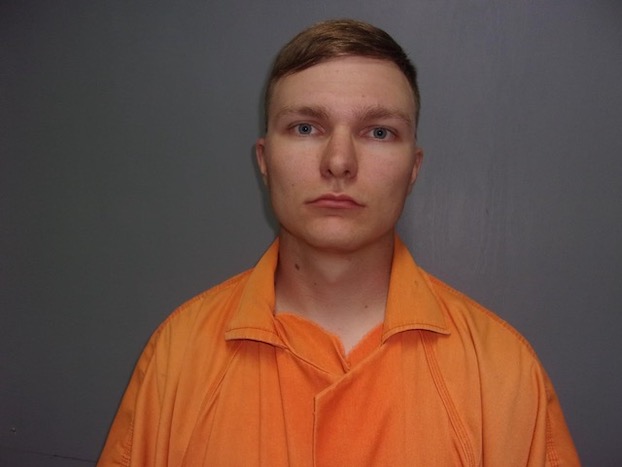 A Leesville man was arrested this week for having inappropriate contact with a 14-year-old girl, according to Vernon Parish authorities.

Alan Michael Wilson, 23, is facing multiple charges that include oral sexual battery, felony carnal knowledge, and indecent behavior with a juvenile following a week-long investigation that began when Wilson was found in the back seat of a car with the young girl.

According to Sheriff Sam Craft, at around 1:20 a.m. on June 5, deputies performing routine patrols noticed a suspicious vehicle parked in a secluded area near a business in the area of Vernon Lake Road and La. 8 West.

Craft said deputies approached the vehicle and a man, later identified as Wilson, exited the back passenger door of the vehicle. When deputies began speaking with him, Craft said they saw a female subject in the back seat who identified herself as a 14.

The deputies made contact with the girl’s parents, who then traveled to the scene. The girl’s parents said they had no idea their daughter had left their home that night, and that they had not given her permission to be in the company of Wilson.

Wilson was arrested at that time and charged with contributing to the delinquency of a juvenile, and Craft said detectives opened an investigation into the matter.

That investigation revealed that Wilson allegedly initiated contact with the girl through social media and that electronic communication between the two began earlier this year and continued to the date Wilson was arrested.

During those communications, detectives allege that Wilson solicited photographs of the girl and arranged face to face meetings with her.

Detectives say that Wilson picked up the girl a short distance from her home during the night on at least four different occasions.

On June 7, Wilson was additionally charged with three more counts of contributing to the delinquency of a juvenile, two counts of oral sexual battery, two counts of felony carnal knowledge, one count of indecent behavior with a juvenile, and three charges of computer-aided solicitation of a minor.