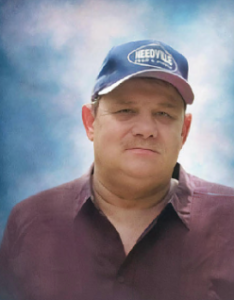 Michael Shannon Williams of Needville, Texas, passed from this life on Monday, May 30, 2022, at the age of 53. Michael was born in Houston, Texas on Dec. 22, 1968, and was raised in Burr Ferry, La. He attended Evans High School in Evans, La. Though he played many sports in school, he excelled at baseball and loved the game all throughout his life. After graduating, he became a truck driver and some years later, he began working in construction and became a highly skilled heavy equipment operator. Mike was a leader and a hard worker that never wanted anything he did not earn. He enjoyed being with family above all. It was the thing that held him together. His son was a huge source of pride for him as well as his beautiful grandbabies. He was locally known for his love of street racing. It is a family pastime that lives on through his brothers and even his nephews. He enjoyed being with his dogs and sitting around a warm fire reminiscing about the good ole times.
Michael was preceded in death by his life companion, Lachelle Dawn Free; and parents, Betty and Corbie Lynn Williams.
He is survived by his son, Cody Williams and wife Emily; grandchildren, Lilly and Hudson all of Haughton, La.; brothers, Mark Williams and wife Julee and Lynn Williams and wife Becky; sisters, Marilyn Robbins and husband Rob, Brigitte Calhoun and husband Jeff, Charity Garza and husband Kenny, and Ashlie Bienek; nieces and nephews, James, Courtney, Del, Steven, Mark II, Jered, Casie, Sterlin, Tanee, Brittany, Bryanna, Jesse, Lyndsie, Kenlie, Liam, Kelsie, and Rylie; and numerous great-nieces, nephews, cousins, aunts, and uncles.
A graveside service will be held at 6 p.m. on June 4, 2022, in Williams Family Cemetery located at 1296 Burr Ferry Cemetery Road Anacoco, La. with Bro. Roger Herrington officiating. Pallbearers are Mike’s brother-in-law, Jeff Calhoun and nephews, Mark Williams II, Jered Williams, Sterlin Williams, Jesse Williams, and Del Shores Jr. Honorary pallbearers are Mike’s nephews, Casie Williams, Steven Shores, and Liam Garza. Arrangements are under the service of Jeane’s Funeral Service, 100 E. Union St. Leesville, LA 71446.
Anyone wanting to send expressions of sympathy or condolences with floral arrangements or flowers, the family of Michael knows and trusts: Expressions of Love Florist and Gift Shop at 103 E. Fertitta Blvd. Leesville, LA 71446. You can call the shop at 337-239-3278 or cell phone at 337-424-0035.