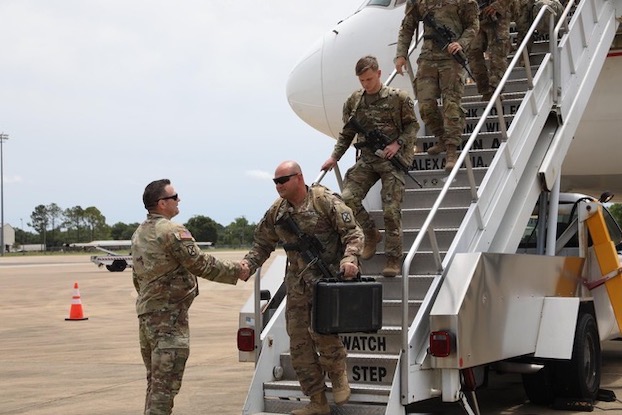 A final group of deployed Fort Polk soldiers returned to their loved ones this week after serving overseas for the past six months, according to Fort Polk officials.

The soldiers had been deployed to Kuwait where they served as part of the Crisis Response Task Force in support of the CENTCOM region.