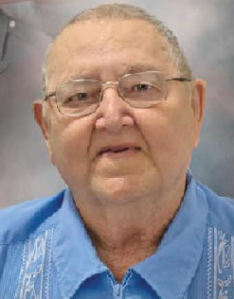 Richard Lamor Thornock, 76, of Leesville, La., went to be with the Lord May 16, 2022, after a brave battle with his failing health. Richard was born July 12, 1945, in the small town of Montpelier, Bear Lake, Idaho – the fifth of ten children born to Lamar Isaac Thornock and Rose Urinda Thornock (Branson). Survivors of Richard Thornock include his wife, Vroni; son, Richard (Michelle); daughter, Cindy (Ronnie); brothers, Sidney and Christopher; sisters, Cleone, Linda, Roseanne, and Margaret; grandchildren, Thomas, Eric, Heather, Stephanie, and Jennifer; and numerous great-grandchildren.
He is preceded in death by both parents; older brothers, Ross and Thomas; younger brother, Norman; and a grandson named Robert.
He was a devoted husband, a loving father, and an inspiration to all who knew him. The legacy of his kind spirit, his love of family, and zest for life will live on through his children and grandchildren. He enjoyed living in the moment and was always there to brighten the lives of others. He has proudly served his country for 24 years in the U.S. Army SFC and later devoted his life to faithfully serve as a deacon in his church. People would often come to him for advice because of his trustworthy character. He will be greatly missed but never forgotten.
His visitation was held on Friday, May 20, 2022, from 12:15 to 1:15 p.m. at Jeane’s Funeral Service, 100 E. Union St. Leesville, La. Following the visitation, the memorial service with full military honors took place at 1:30 p.m. at the Central Louisiana Veterans Cemetery, 3348 University Pkwy. Leesville, La.