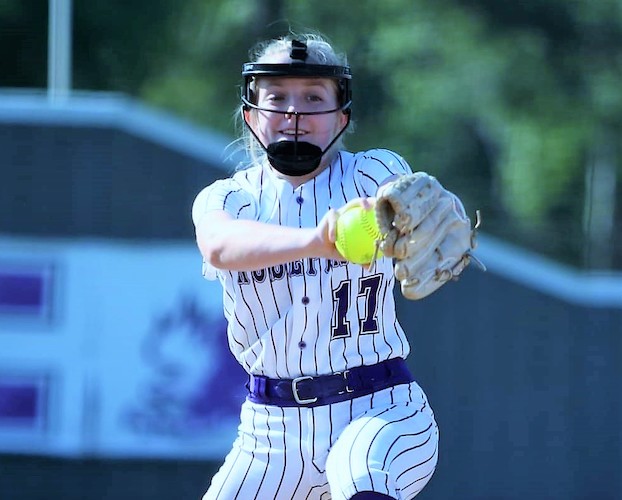 Rosepine pitcher Sienna Stinley was one of five Lady Eagles named first-team all-district by the coaches of 5-2A. (Special to the Leesville Leader)

ROSEPINE — After starting off rather sluggish, the Rosepine Lady Eagles managed to claim a share of the District 5-B championship and reached the state quarterfinals with a rather young group of players.

And as a result, the Lady Eagles were heavily honored on the 5-2A all-district softball team, with five players grabbing first-team honors, with five others being selected second team or honorable mention.

Rosepine finished the district campaign with a 9-1 record, splitting with Kinder, which landed six first-team picks. Additionally, the Lady Eagles won 17 straight games before being dispatched in the Class 2A quarterfinals.

The first-team selections from Rosepine were Shelby Deason, Jenna Marler, Aaliyah Marrero, Sienna Stinley and Barbra Ann White, all of whom will return next season, with the exception of Marerror, who is heading to Hendrix College to play softball.

Ashlyn Hall, Marli Jones, Kelly Norris and Analeigh Roberts were second-team selections from Rosepine, while Pickering had one second-teamer in Elaina King.