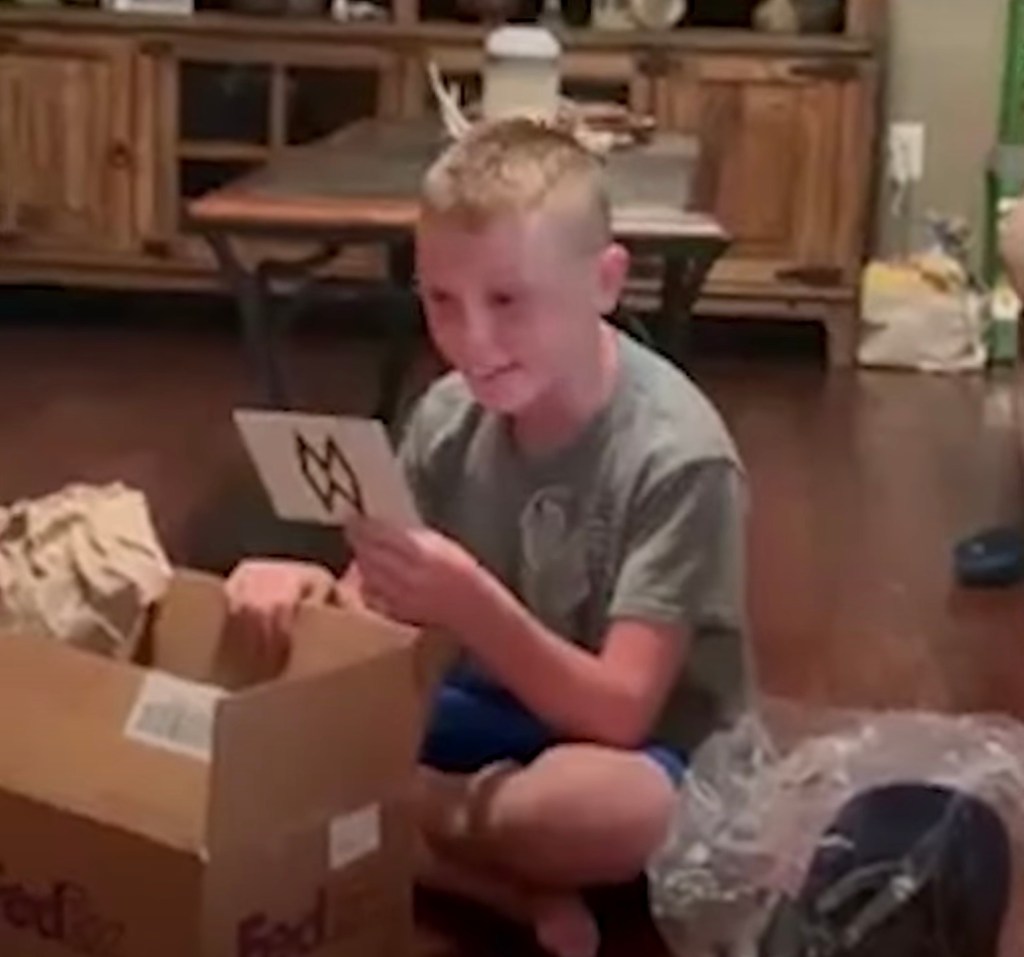 Brevin Guidroz received a personalized package with a hand-written letter from country music star Morgan Wallen, offering support to the Evans-born youth in his personal struggles. (Special to the Leesville Leader)

A young boy from Evans struggling through a tough time in his life received a boost of confidence recently that came in the form of a special letter written by country music star Morgan Wallen.

Brevin Guidroz, a 12-year-old self-proclaimed “superfan” of Wallen, received the handwritten letter of support in a personalized box from the country crooner.

The letter told Guidroz that Wallen was “in his corner” and encouraged Guidroz to remain strong throughout his trials.

“Be true to yourself and understand that nobody is perfect, but as long as we can keep working on ourselves and being the best we can be, then we are on the right path. You will succeed in whatever you put your mind to. Stay Strong!” the letter reads.

Guidroz’s mother, Andrea Guidroz, said she was persistent in trying to reach Wallen because she knew there was a special connection between her child and the country star, and that if anything could help her son through his struggles, it was Wallen.

Guidroz said that when she and her son’s biological father divorced, he signed his rights to his son away. The family later moved to Rayne in the hopes of making a fresh start, but she said his emotional struggles only grew more difficult despite the move.

“Last year was really, really hard on Brevin. We went through a very difficult time, and it was around the same time that Morgan Wallen was ‘canceled’,” Guidroz said.

In 2021, Wallen had been caught on camera using a racial slur. He was subsequently dropped by his management company, suspended by his label and his songs were temporarily banned by radio stations. Wallen went on to release a public apology for the incident and after a four-month “suspension,” he was reinstated by his label and his career has since skyrocketed.

Andrea Guidroz said that her son saw himself in Wallen’s fall and rebound, and that the pair watched together Wallen’s apology video hoping it might also help her son.

“My heart was overwhelmed with the way he (Wallen) was handling his mistake. He was taking responsibility, and as a mother I am proud of him. I realized he is someone that my son can look up to,” she said.

In November, Guidroz said she first penned a letter to Wallen in the hopes it might reach him, detailing how he was helping her son who lacked a father-figure in his life.

The letter was not received right away by Wallen, and so Guidroz reached out to local radio station manager Jude Walker for help. When the “Wasted on You” singer stopped in Lafayette for his April 23 performance at the Cajun Dome, the letter made its way into the hands of his production team.

“That’s when someone asked for our address,” Guidroz stated.

Guidroz filmed her son opening the package and posted to social media to share the moment that her son’s eyes lit up. At one point after reading the letter, Breckin looks at his mom to say “I am blessed”.

Guidroz’s mother said the letter has boosted her son’s self-confidence in a way nothing before it has.

The personal note seems to have stayed with Guidroz, and has only helped him to grow more confident at home and at school.

With preparations for state testing at his school, the young Guidroz only smiled at the wish of “good luck” on his tests.