‘The more people talk about suicide the better’ 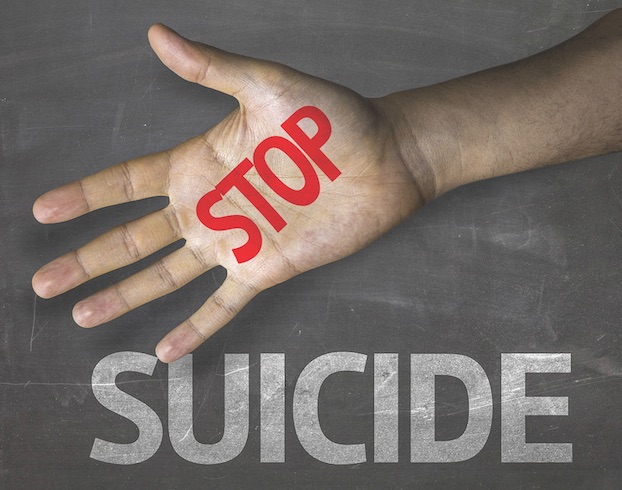 Last year, 35 lives were lost to death by suicide in Calcasieu Parish. Already in 2022,13 suicide deaths have been reported by Charles “Charlie” Hunter Jr., chief investigator with the Calcasieu Parish Coroner’s Office.

Few feel equipped to help someone who has expressed a desire to end his or her life. Even counselors admit the body of research on the subject is relatively new and data collection, scant. But that’s changing. The more people talk about suicide, the better.

Dr. Kevin Yaudes, McNeese State University psychology professor and the university’s Kay Dore Counseling Center advisor, is known for getting the conversation going when it comes to mental illness in general and suicide in particular. He introduced the highlights of one of many suicide prevention training programs, “QPR: Ask a Question, Save a Life,” Tuesday at the SEED Center. Grant monies from the United Way of Southwest Louisiana helped fund the free training of SWLA Area Health Education Center (AHEC) Civilian Corp volunteers.

“QPR is not intended to be a form of counseling or treatment,” Yaudes said. “It’s intended to offer hope through positive action.”

The name sounds like CPR, the mouth-to-mouth breathing and chest compressions performed to save a life, and that’s intentional. QPR can be life-saving and like CPR, the training is doable, accessible.  QPR is an acronym for Question, Persuade and Refer. Laudes said there will be other workshops, events and resource numbers that he’ll announce this year.

Laudes said the stigma surrounding suicide and the myths associated with suicide are part of the reason it remains a taboo subject for some. The QPR training indicates warning signs and suggests how to ask the question that can prevent suicide. He said it’s a myth that asking a person about suicide will only make them angry and increase the risk, a particular concern among adolescents.

“Asking someone directly about suicidal intent lowers anxiety, opens up communication and lowers the risk of a suicide attempt,” he said.

“Talking about suicide doesn’t increase the risk nor will it introduce the thought, he said. “We don’t indirectly encourage suicide by talking about it.”

The plan is to be ready to talk about it, to ask a question after hearing a threat, which might be a direct or indirect verbal clue, or after observing a warning sign. The QPR training list of warning signs include suicide threats, previous suicide attempts, alcohol and drug abuse, statements revealing a desire to die, sudden changes in behavior, prolonged depression, making final arrangements, giving away prized possessions and purchasing a gun or stockpiling pills.

Just as important as knowing how to respond is knowing how not to respond. Unhelpful statements include, “That’s just stupid, you don’t mean that, you’re just looking for attention or that’s just life, learn to deal with it.

Acknowledging the person’s distress can help. Yaudes offered a series of questions to ask the person, including this one: You know, when people are as upset as you seem to be, they sometimes wish they were dead. I’m wondering if you’re feeling that way too? The life-saving question might be as simple as, “Are you thinking about suicide?”

Being prepared to listen to the person’s answer without judging, advising or sharing a personal story is especially important.

“What it does is take the spotlight off them and it puts it right on you,” Yaudes said. “I know your intentions are good. But at that moment, listening is key.”

Take all signs seriously and act.

“So many times, we think that adolescents just want attention. That is minimizing. It’s dismissive. You might not believe it, but that child wants help.”