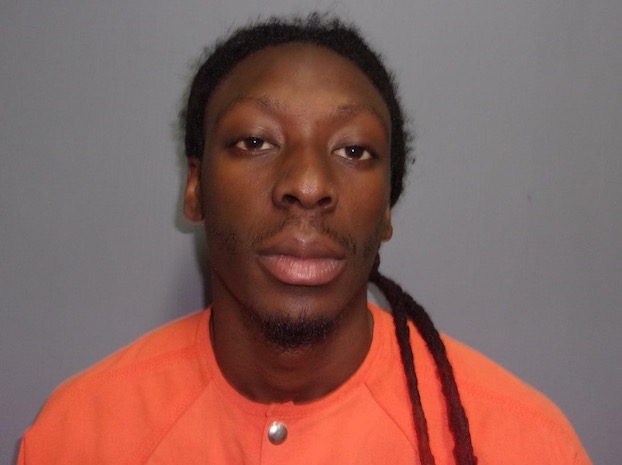 A New Llano man was arrested on Tuesday following a pursuit through Leesville that reached 100 miles per hour and ended with his vehicle going airborne near Entrance Road.

According to Vernon Parish Sheriff Sam Craft, the incident began on Tuesday night at about 11:50 p.m. when a VPSO deputy attempted to pull over a vehicle traveling 77 miles an hour in a 45-mile-an-hour zone on La. 10 near the Sandy Hill community.

Craft said the vehicle accelerated and attempted to flee the deputy. The pursuit was then joined by agents with the Narcotics Task Force, Leesville Police and troopers with Louisiana State Police.

Mosley led authorities through the areas of Cooper Church Road, north and south lanes of U.S. 171, and Jeane Chapel Road.

“In doing so the suspect vehicle became airborne and the driver lost control of the vehicle,” Craft said.

The vehicle crashed through a ditch and onto private property where Craft said it caused significant damage to five privately owned vehicles.

Mosley was immediately taken into custody at the scene, along with a female passenger.

Both were transported to a local hospital for medical treatment and released.

As of Wednesday, the female passenger had not received any charges.

Mosley was booked into the Vernon Parish Jail with no bond set.