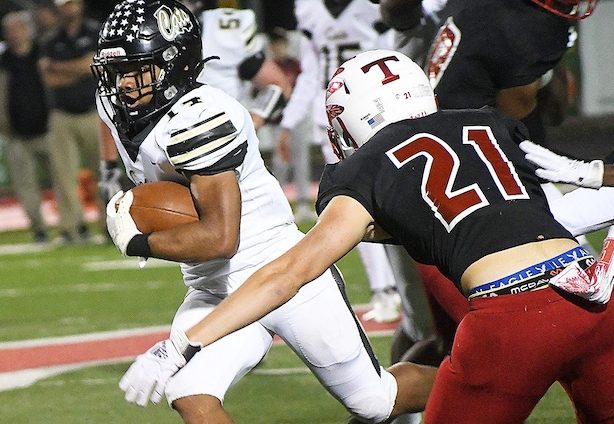 Leesville running back Caleb Gallashaw (14) was one of eight Wampus Cats named honorable mention all-state by the LSWA. (Special to the Leesville Leader)

BATON ROUGE — The Leesville Wampus Cats had another stellar season under the guidance of head coach Robbie Causey.

The Cats not only won the 100th all-time meeting with the DeRidder Dragons, but Leesvville also secured an undefeated district championship in 2021.

And as a result, eight members of the team were named honorable mention on the Class 4A all-state squad as chosen by a panel of the Louisiana Sports Writers Association.

On the offensive side of the ball, Leesville was represented by running back Caleb Gallashaw, offensive lineman Mason Fitzgerald and wide receivers Ke’Mhari Pruitt and Daveion Grubb.

But it would be Class 4A state champion, Westgate, to sweep all of the superlative honors bestowed by the LSWA on the team. 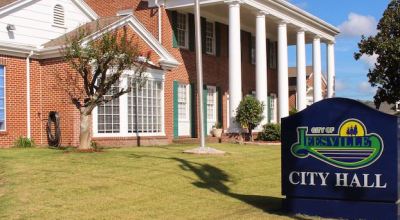