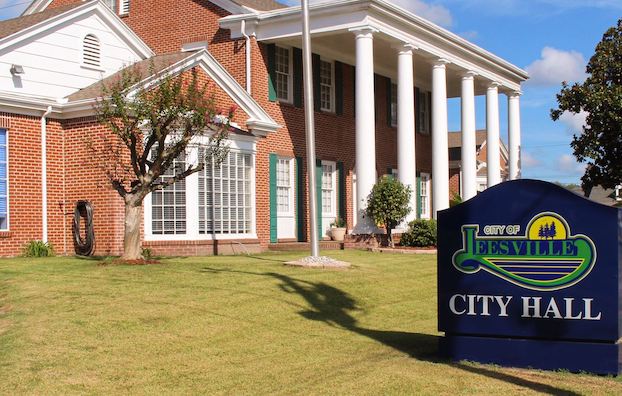 The city of Leesville has received a notice of violation from the Louisiana Office of Public Health, stating the city has been non-compliant in correcting a deficiency first identified by the state in September of 2021.

On Dec. 21, the city received notice of its violation and according to the Safe Drinking Water Act, was required to notify all customers on the city’s water system, but Mayor Rick Allen said he believes the notice has caused unnecessary concern for residents regarding the safety of their water.

According to the letter sent out by city officials to customers, the Louisiana Department of Health performed a detailed inspection and engineering evaluation of the water system — referred to as a sanitary study — on Sept. 7.

During the sanitary study, LDH officials identified one or more significant deficiencies in the city’s water system that according to the EPA’s Ground Water Rule requires the city to have corrected by a set deadline. As of Dec. 21, that deadline had passed without correction by the city, and the city was then required to notify its customers of the violation.

Allen said the deficiencies are in regards to infrastructure requirements, such as a lack of generators on the city’s water wells, and has nothing to do with water quality.

“The city of Leesville has never had generators on our water wells, much like many cities in Louisiana. We have applied for a grant that was not previously available, in a partnership with the Vernon Parish Police Jury,” Allen said.

Allen said the city has rented generators and had them in place ahead of storms, but that public health officials did not allow the city credit for those provisions.

“The other findings were a cracked concrete slab that an electric motor is mounted to that absolutely has no health concerns, and a water tank overflow line that they want made to spill on the ground instead of running down the side of the tank which again has absolutely no health concerns or public safety concerns,” Allen said.

Allen said he believed the process LDH officials had taken in regards to addressing the findings was unnecessary.

“This unnecessary process painted a picture to the public that we were not concerned with the public’s safety, and that is not the case at all,” he said.

The letter required by the state to be sent out to city water customers refers to the state’s findings as a significant deficiency that “has the potential to result in lack of proper treatment and oversight of the water system”. It further states that inadequately protected water may contain disease-causing organisms, but does not state that those organisms have been found within the city’s water.

“The quality of the water is not an issue. The state takes regular samples from the water system and there has not been any issues with the water,” officials said.

The city has now been granted extensions to correct the LDH findings.

Already, officials have installed concrete around the one well of concern, and will be installing an overflow pipe around the south ground storage tank, which was allowed a six month extension to complete.

The city is also in the process of installing three generators on water wells and plants, and have been granted a one-year extension to complete that work.

Trespassers’ fireworks may have been cause of church fire