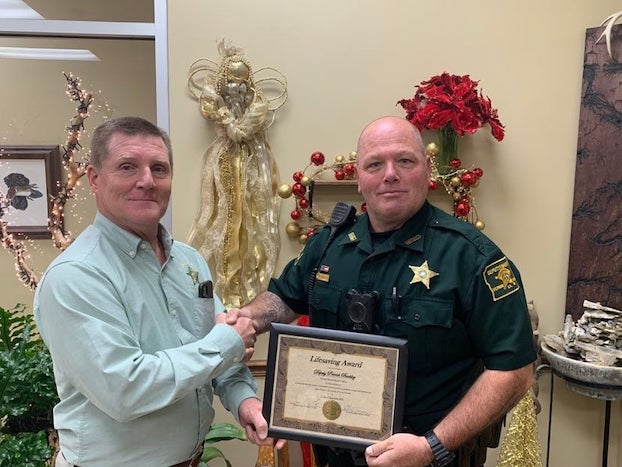 The Vernon Parish Sheriff’s Office released information regarding the heroic actions one deputy took to save the life of a woman. On Dec. 7, Deputy Patrick Buckley discovered a woman in a vehicle at a residence on Jeane Chapel Road.

The unresponsive woman was behind the wheel with the engine running.

According to information released by the VPSO, Buckley was forced to break a window to access the locked vehicle. Buckley also discovered that the woman had an irregular pulse.

Buckley deduced that the woman could possibly have been suffering from an overdose from an unknown substance. He then administered narcan to the female and performed basic life saving measures until emergency medical personnel could arrive on the scene.

Narcan is a medicine used in emergency situations when an individual is suffering from a narcotic overdose.

The VPSO stated the woman was immediately taken to a medical facility, where at last word she was receiving medical treatment.

Buckley was recognized by VPSO Sheriff Sam Craft and received a certificate of commendation celebrating his quick thinking in an emergency situation.