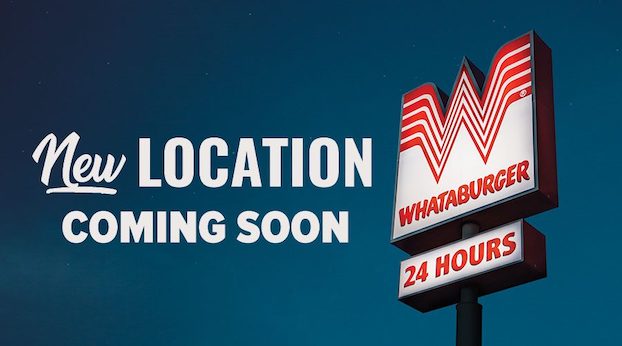 GCVS Inc. is a Whataburger franchisee that operates numerous Whataburger locations across Louisiana and Texas. GCVS Inc. has a list of upcoming locations and Leesville was included on the list.

According to their website, the new Whataburger in Leesville will be located at 1309 South 5th St.

While most think of Whataburger as a Texas-based chain of restaurants, the company has locations in many other states. The chain has 18 current locations in Louisiana in cities like Shreveport, Lafayette, Pineville, Natchitoches, Gonzales and Ruston.

The Leesville Leader reached out to GVCS Inc. for information and received the following statement from GVCS Inc. President Chris Johnson: “We’re excited to share our plans for opening a Whataburger in Leesville next year! We plan to start construction in January at 1309 S. 5th Street and hope to open in the spring. We’ll look forward to sharing details as we get closer.”