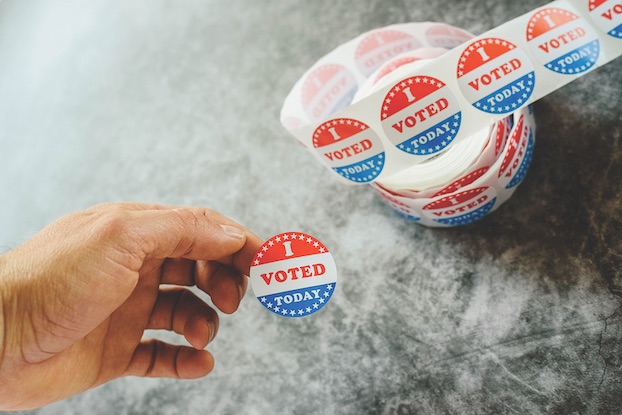 A tight race for Vernon Parish Constable of Ward 3 will bring a runoff election after only 33 votes separated the top two candidates, according to unofficial results from the Secretary of State’s Office.

John McMahon and Isaac Riley will appear on a future runoff ballot after neither candidate was able to win a clear majority of votes Saturday among the four total contenders.

McMahon received 173 votes, or 49 percent, over Riley’s 140 votes, or 40 percent, out of a total 352 votes cast. The Secretary of State’s Office estimated the voter turnout for the election to be 19.9 percent.

Across the ballot, Vernon Parish voters rejected every statewide proposition up for consideration Saturday, as well as two propositions for road district 3.

While voters approved all other road district tax renewals, the two propositions to renew an 11.89 mills tax and a 4.77 mills were each rejected by more than 60 percent of votes.

The tax renewals would have extended the tax for another 10 years for the purpose of constructing and improving parish roads and bridges within that district.

The closest road district election Saturday night was in district 2, where the difference of only four votes allowed the 13.26 mill tax renewal to pass. Unofficial voter turnout statistics within the district reflected a voter turnout of 11.4 percent.

A proposition to continue a 2.26 mills tax to fund operations and maintenance at the parish jail and courthouse passed with a narrow margin of 51 percent of votes, with 1,275 votes in favor and 1,211 votes cast against it.