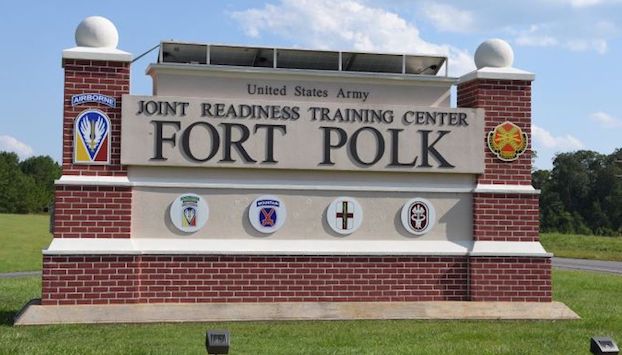 Fort Polk Progress chairman and Leesville Mayor Rick Allen will be leading a community meeting next month that will brief the public on important matters affecting the Vernon Parish installation and its surrounding communities.

The event is slated to be held at 6:30 p.m. Tuesday, Nov. 6, at the Vernon Parish Fairgrounds auditorium located at 276 H.M. Stevens Blvd in Leesville. While the event is free to attend, officials recommend anyone interested in attending reserve their seat ahead of time by pre-purchasing their meal for the event for $20. As of this week, more than 250 of the 360 seats available have been claimed.

Allen said he intends to update the community on activities and interests at Fort Polk, including the proposed $55 million in the defense bill that will allow a new Joint Operations Center (JOC) to be constructed at Fort Polk’s Joint Readiness Training Center.

“The new JOC building began with Brig. Gen. Hickman in 2016. It was a project that he believed was a vital need for the installation, and since that time Fort Polk Progress has not stopped lobbying for it. Even though many generals have changed leadership at Fort Polk, Fort Polk Progress has not stopped. FPP kept that item alive and on the desks of congress members in Washington, D.C.,” Allen told the American Press.

Allen said that Fort Polk’s interests are far and wide an interest to not only Leesville, but all surrounding communities. A 2013 financial impact study showed that Fort Polk brings $1.4 billion into the state’s economy, and is the largest employer in the state.

At the Nov. 6 meeting, Allen said he will reveal the findings of a new financial impact study that was funded by Secretary of Louisiana Economic Development Don Pierson.

“I have not seen the results of the study myself, so I will be hearing it all for the first time at the meeting along with everyone else. I’m very excited to hear the results,” Allen said.

Allen will be joined at the meeting by state representative and former Fort Polk Progress chairman Mike Reese, and members of The Roosevelt Group from D.C.

Congressman Mike Johnson has also said he is attempting to make an appearance at the meeting, though he has not been confirmed as of this week.